I was walking through Cusco, and the entire city was bustling with preparations for the Inti Raymi festival. It was 1997 and I had already been to Peru many times, so I knew the area pretty well. This time, however, I’d arrived at this city nestled in the Sacred Valley without having booked a hotel. Though they said I’d never find a room, I finally managed to get a place in a very dark hostel.

As I was settling in, a local woman visited my room and handed me seven stones that would shift the course of my entire life. This was my first set of Chumpis. Seven stones that fit so well in the palm of my hand were studded with between one and seven “mountains” – little bumps that differentiated the Chumpis from one another. I was told that they had been passed down through the generations, and I believe they were over 100 years old.

I sat with the Chumpis all night and carried them with me throughout the next day as I took part in the festivities. Something was brewing, I was sure of it. I knew the stones had chosen me just as I had chosen them. They tingled in my hand, reassuring and centering me. As I began to connect with the Chumpis I began to understand my real purpose – I would be guided to be a co-creator, introducing and grounding all of the power and potential of these stones.

Flash forward to 2013… My life and my work as a healer and a teacher have been completely transformed by the Chumpis – these objects that create gateways to true healing and evolution.

I was introduced to these stones as “Chumpis” a Quechua word that means “belts.” I’ve also been told that the word is associated with “alchemy” and the power to create something new from two dissimilar forces. Throughout Cusco, and now in North America, you will hear these referred to as sacred stones or “Chumpi Khuyas.” The purpose of these tools, both long ago and today, has always been one of healing and connection.

I’ve returned to Peru at least once a year since 1997, and I am still struck by how little concrete information is available about the Chumpis. Certainly they are symbols of the Apus. Of the many mountains surrounding Cusco, twelve peaks called Apus are considered particularly sacred. Standing atop of these mountains, I have experienced how human beings can connect to the stars and truly know and embody the idea “we are all made of stardust.” The apus can be considered energetic antennas, reaching into the Greater Reality, and giving us a glimpse of what’s possible beyond our three-dimensional earthly world. We hold the Chumpis to connect to the unparalleled energy of these very special places.

Over the last fifteen years, I’ve come to understand that each Chumpi (and its Apu) is keyed to a different fundamental aspect of human consciousness. Based on these insights and my experience healing with the Chumpis and teaching about them at my school, I have developed the eclectic, revelatory healing system I call Chumpi Illumination or CHILL. This approach to healing and transformation is designed to meet 21st century citizens of the world where they are. The goal is to alleviate the stresses and conflicts of modern life to awaken the true peace that resides in each one of us. Though the Andean tools at the heart of CHILL are essential to the work, the techniques we use are informed by mystery traditions from across the world.

To support this work, I have collected dozens of very old Chumpis and have commissioned a Peruvian artisan to create sets of twelve stones for my North American students. So, are the Chumpis themselves really necessary to the healing and awakening process? This opens the discussion about whether any sacred objects or tools are really essential to the spiritual journey.

We can think of the Chumpis as the stones that build the doorways into a grand house, the temple that is the Greater Reality. The Chumpis are the tangible symbol of those portals, and since we are physical beings who rely so completely on what we’ve learned to call the five basic senses, we need objects to hold that help focus our consciousness.

Ultimately, it is possible for someone to become so infused with the grace of the Greater Reality that she becomes able to embody all twelve of the fundamental forces of creation. For such a person, the Chumpis are no longer necessary sacred tools. For the majority of Westerners who have been immersed in a culture that teaches separation from nature and from the cosmic influences that radiate through our planet, however, this sort of absolute connection is not yet in reach. The Chumpis play a vital role in concentrating attention and facilitating healing.

As I realized that night in Cusco so many years ago, for the contemporary seeker, the Chumpis are more than pieces of alabaster. They are the anchors that allow us to root into the mountains of the earth and reach to the stars in the heavens. When used in a contemporary healing process, the Chumpis are the perfect tools to help hold and channel our evolutionary growth. 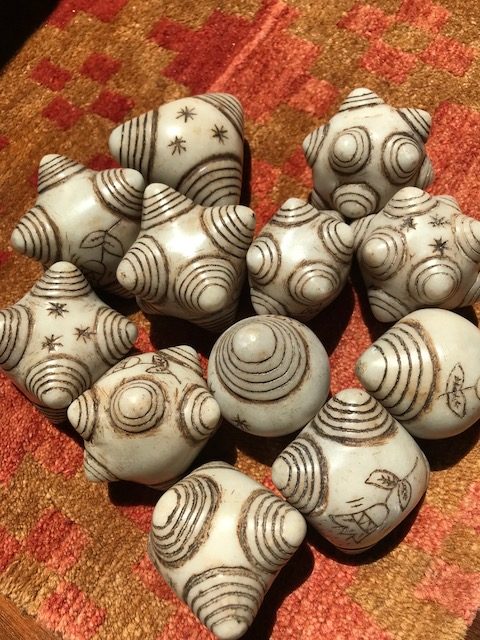 Treasures from Around the World

View the collections and purchase...

Join our Virtual Wisdom Council and be part of our online teaching & meditation sessions. Access all past recordings - for free! 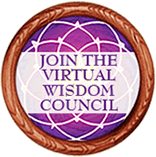 Journey to the Stargates of Peru 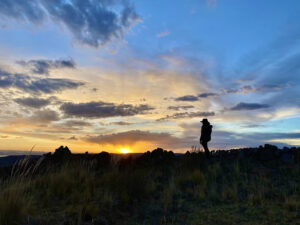 Journey to the Stargates of Peru – Day 5 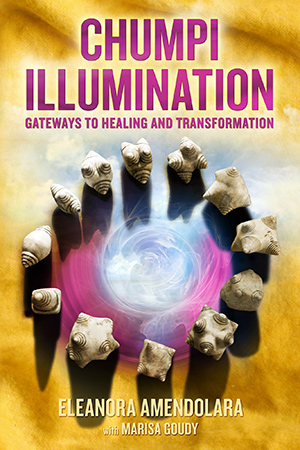 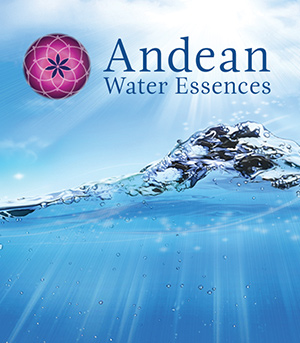 Learn more about these unique healing essences on our sister site, awessences.com.

A selection of articles and videos written by and about Eleanora Amendolara and her healing system CHILL, Chumpi Illumination. Read more...